Turing Machine is Sequential, How About a Parallel Machine?

Pretty much all of computing rests on the strong foundation of the Turing Machine, a general purpose formulation of computing which happens to be very sequential. It transfers that attribute to the Von Neumann architecture that manifests it and leads to the famous Von Neumann bottleneck.

It would be good if an inherently parallel foundation existed. That requires a blending of computing and memory and has led to approaches to build processor-in-memory or computational memory systems. If successful, it could help reach the nirvana of solving (some?) exponential problems in polynomial time by exposing the intrinsic parallelism of large scale problems.

The @RadioFreeHPC team delves into this topic with the folks at MemComputing, a San Diego startup that’s built a new parallel foundation for computing. It calls it the universal memcomputing machine, and a “realization of self-organizing circuits”.

It’s a lively discussion with co-founders John Beane, CEO, and Fabio Traversa, CTO of the company. Just in emulation mode on existing hardware, and on the right (exponentially growing) applications, the technology has performed so well as to lead the company to offer it as a service now instead of waiting to build custom hardware, and to make them think of Quantum Computing kinds of performance.

Here are a few slides followed by the relevant academic paper. Click on the images to expand them, and click on the paper’s title to see the PDF on Arxiv.org. 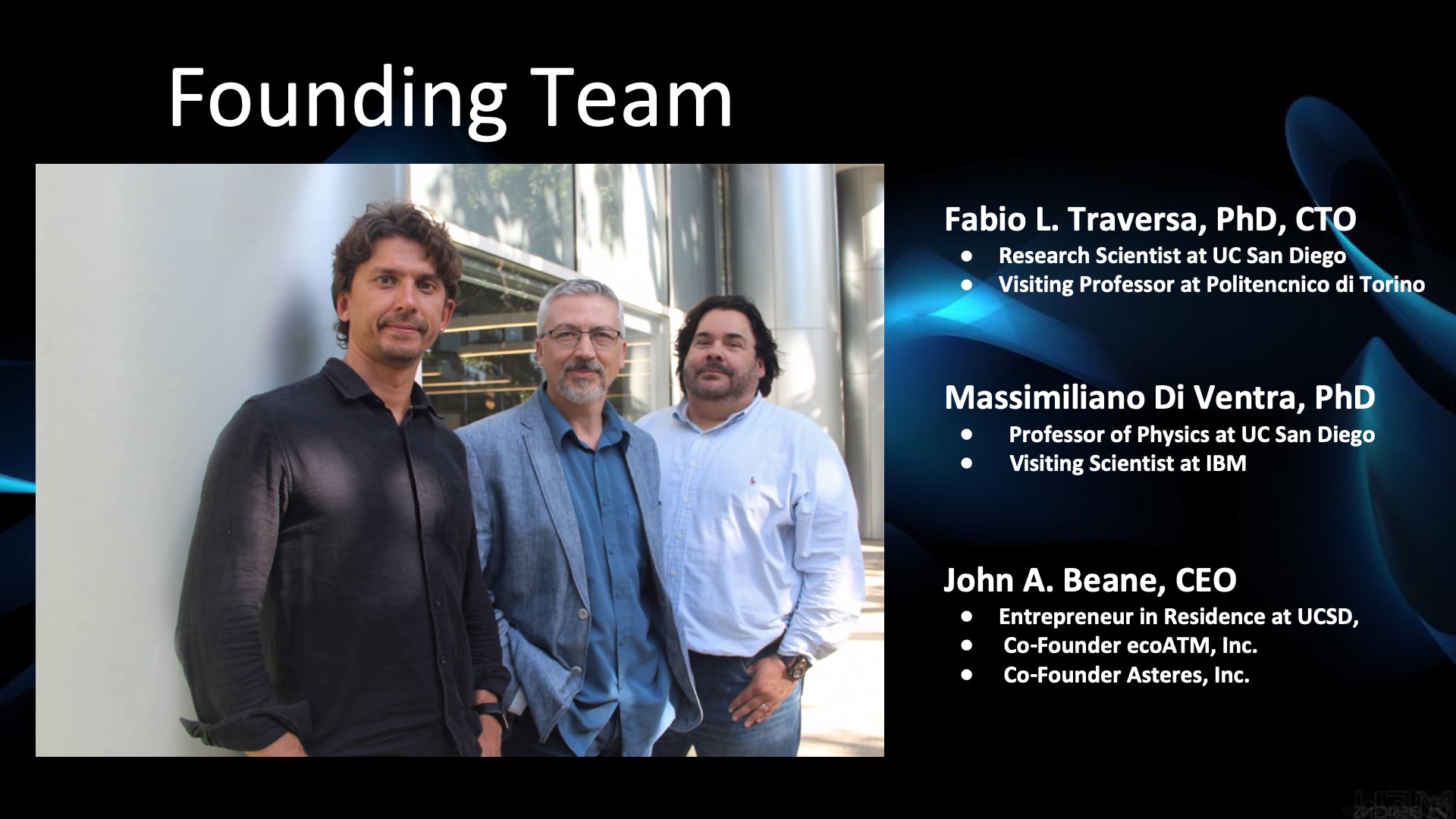 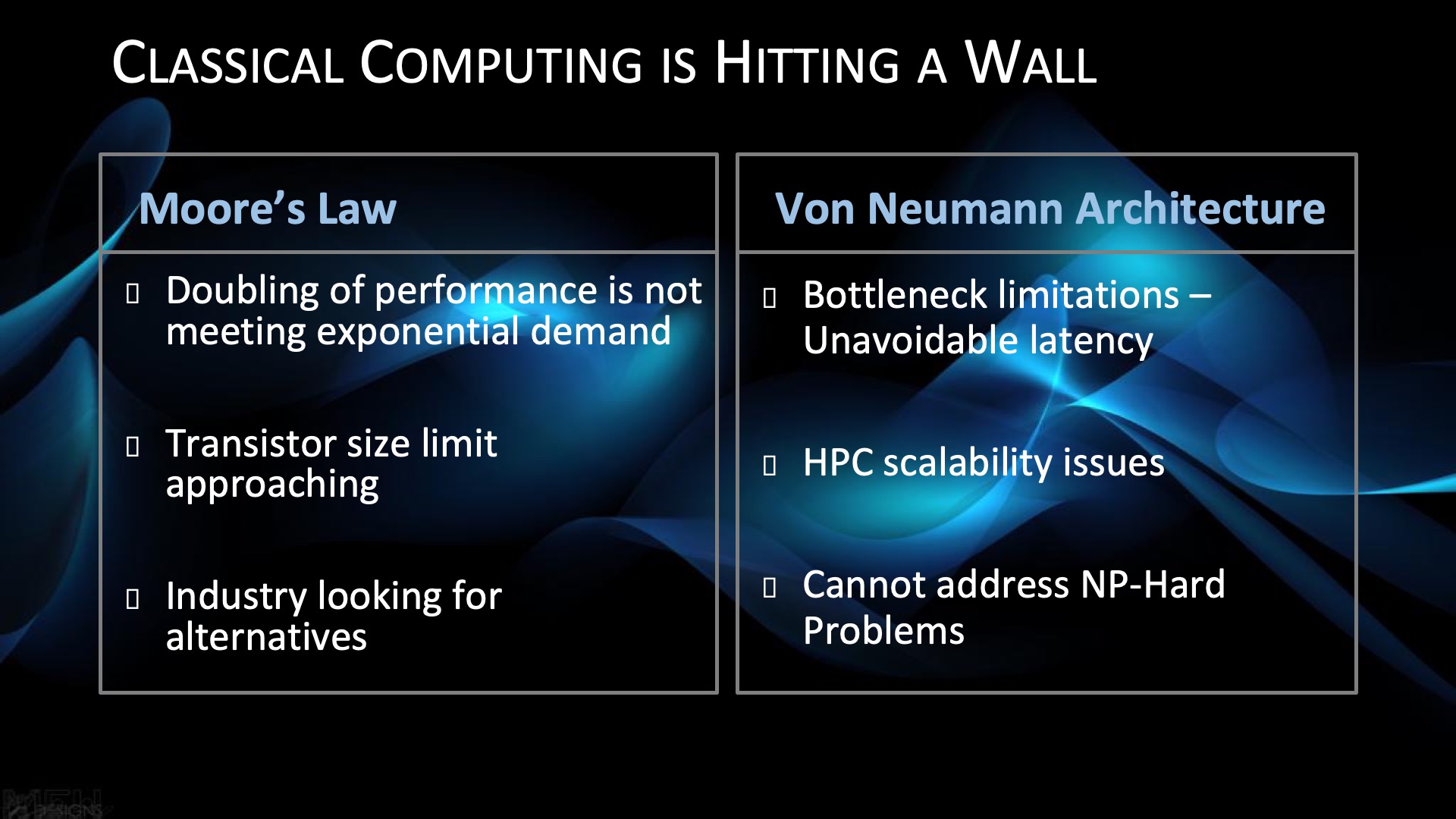 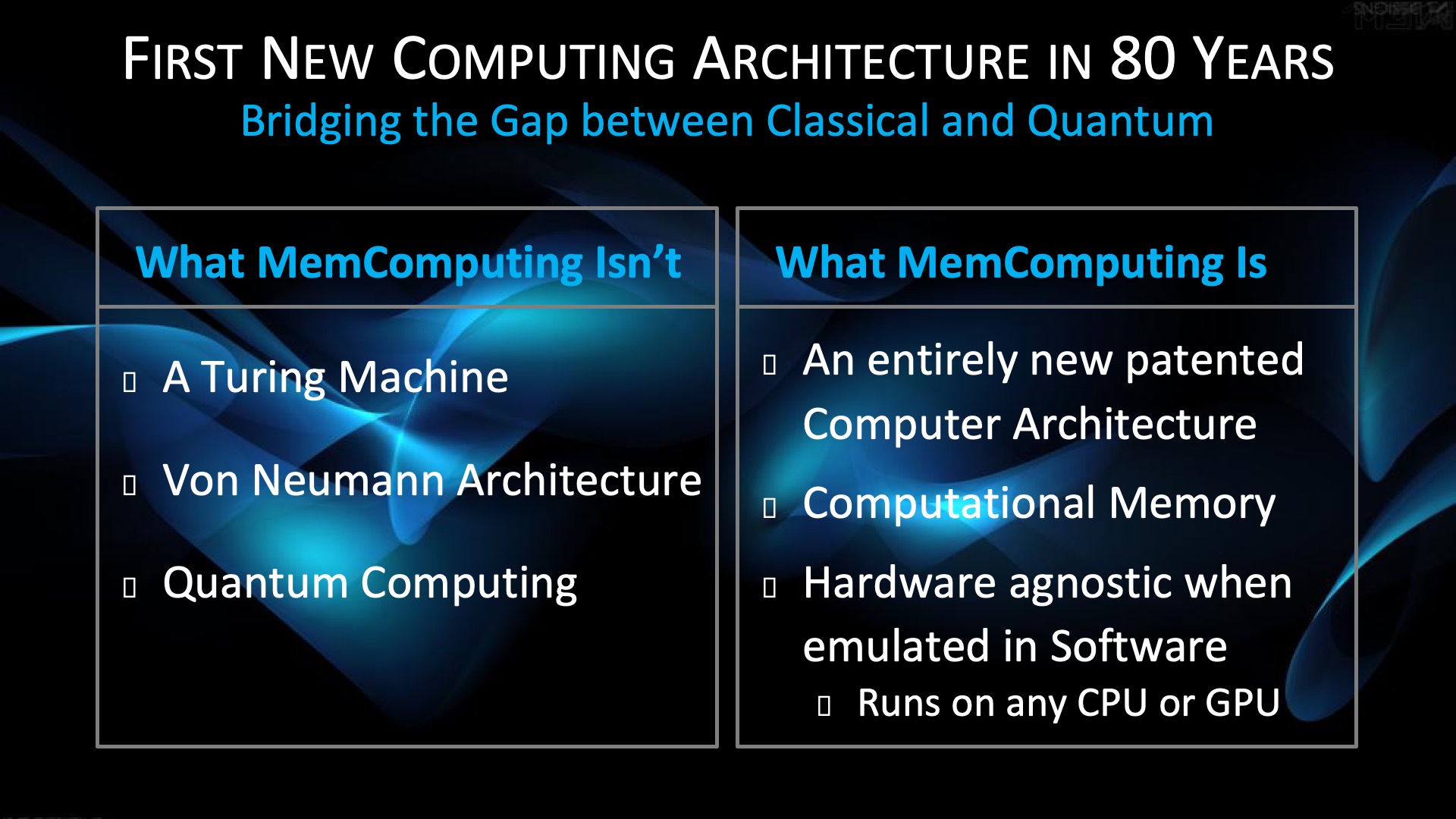 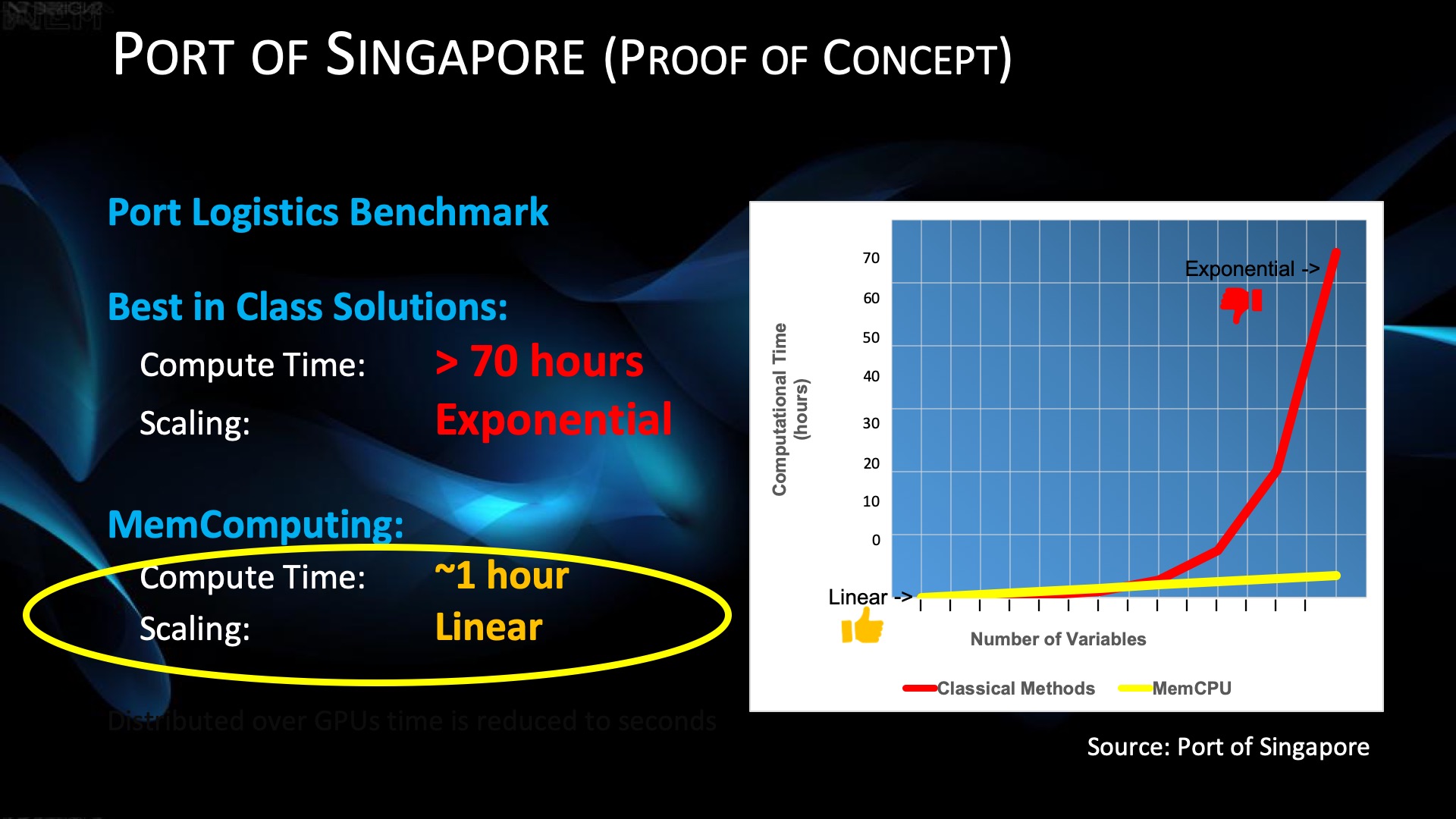 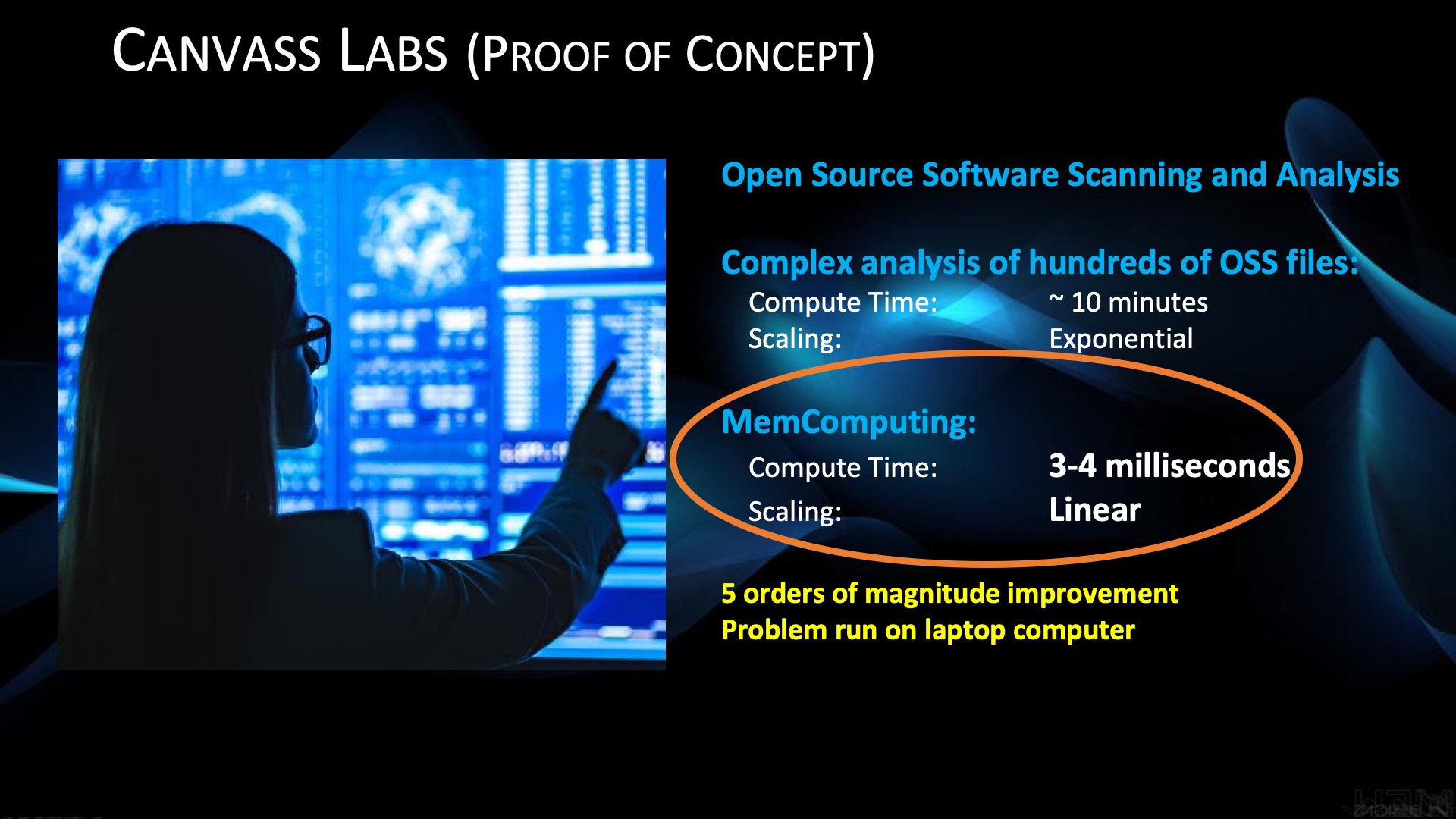 We introduce the notion of universal memcomputing machines (UMMs): a class of brain-inspired general-purpose computing machines based on systems with memory, whereby processing and storing of information occur on the same physical location. We analytically prove that the memory properties of UMMs endow them with universal computing power—they are Turing-complete—, intrinsic parallelism, functional polymorphism, and information overhead, namely their collective states can support exponential data compression directly in memory.

Henry Newman’s Why No One Should be Online, Ever.

Election security is going to be a big issue in the coming months and years. Elections have been classified as “Critical Infrastructure”, which has serious implications for Federal and state officials.

Henry reports that the US Attorney for West Virginia has issued a statement about election security and concerns about the vulnerability of the state’s election system.

CHARLESTON, W.VA. – United States Attorney Mike Stuart issued the following statement about the important issues of elections, election security and voter legitimacy:
“During the 2018 election cycle, Secretary of State Warner referred to my office what he perceived to be an attempted intrusion by an outside party into the West Virginia military mobile voting system. I note that there was no intrusion and the integrity of votes and the election system was not compromised.  My office instituted an investigation to determine the facts and whether any federal laws were violated. The FBI has led that investigation.  That investigation is currently ongoing and no legal conclusions whatsoever have been made regarding the conduct of the activity or whether any federal laws were violated.

Shahin talks about the work that DOE labs are doing to better understand the impact of AI on science.

DOE Sets Sights on Accelerating AI (and other) Technology Transfer

For the past two days DOE leaders along with ~350 members from academia and industry gathered in Chicago to discuss AI development and the ways in which industry and DOE could collaborate to foster AI commercialization. The occasion was DOE’s fourth InnovationXLab Summit – the earlier three summits were on advanced manufacturing; grid modernization; and energy storage. Two more are planned: bio-manufacturing in January and quantum science in the late spring.

Henry points out eight new storage-related patents granted to Intel, 2 of which look quite important for emerging storage systems. Here are the two patents here and here, and a link to the article:

Dan is concerned that bots are overstepping their boundaries and talks about research at Microsoft that can generate fake comments for online articles.

Please no, we don’t need a machine-learning troll farm

As if the internet isn’t already a complicated cesspool full of trolls, AI engineers have gone one step further to build a machine learning model that can generate fake comments for news articles.