The RadioFreeHPC podcast is a joint production by industry pundits focused on High Performance Computing. Dan Olds and Rich Brueckner conceived of the idea and convinced Henry Newman to join, with the first show starting in 2012. Shahin Khan joined in 2016. Dan, Henry, and Shahin carry on after Rich’s departure in early 2019.

While there are other HPC podcasts out there, we wanted to create something that was both informative and fun to listen to. And while we don’t always agree, our pledge to you is that we will never let that get in the way.

Partner at OrionX. Dan Olds has been in the high-tech arena for 15 years, holding significant positions at Cray Inc., Sun Microsystems Inc. and IBM prior to founding technology research firm Gabriel Consulting Group Inc. in 2002. Through OrionX, Olds closely follows trends in both enterprise and high performance computing. He pays particularly close attention to the way technology continues to fundamentally transform both business and science. Mr. Olds is frequently quoted in industry and business publications, including The Wall Street Journal, Bloomberg News, Computerworld, eWeek and others. He earned an MBA from The University of Chicago Graduate School of Business with concentrations in Finance and Marketing. 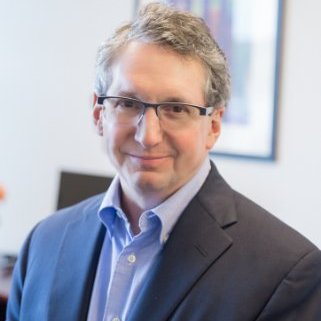 CEO, Instrumental, Inc. Before joining Instrumental, Mr. Newman spent 11 years at Cray Research, Inc. designing complex, HPC systems. Mr. Newman is an internationally recognized High Performance Computing (HPC) expert and sought after author and speaker. He has designed, analyzed and optimized over 400 of the most complex high-performance computing systems in the world. Mr. Newman has been involved in numerous projects working on behalf of the US Government, defense integrators and vendors in solving the most challenging HPC problems. He is a graduate of The American University. 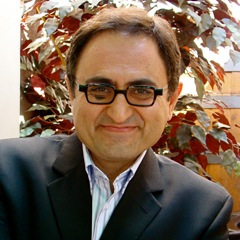 Shahin Khan serves on the board of directors of Wizmo (SaaS), Fathym (IoT), and Massively Parallel Technologies (Dev). He is the founder of StartupHPC, is a grass roots community for STEM- and HPC-inspired entrepreneurs. Shahin has been CMO at Afero (IoT), Avni (cloud), DriveScale (big data), 3Leaf Systems (silicon), and ScaleArc (database infrastructure). He was VP of Corporate Development, Intellectual Property, and Marketing at Silicon Graphics and served in executive positions at Sun Microsystems, including VP/GM of the HPC and Visualization products, Chief Competitive Officer, and VP of Product Marketing and Planning. He was CMO at Electronics for Imaging (print tech), and Azul Systems (Java appliance). He lived in the UK to lead European Marketing for FPS Computing before its acquisition by Cray Research. He was at Cray Business Systems Division until its acquisition by Sun Microsystems. He started his career at IBM. 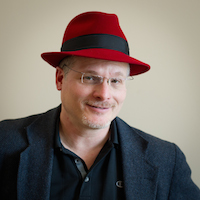 Dan Olds and Rich Brueckner conceived of RadioFreeHPC podcast and convinced Henry Newman to join, with the first show starting in 2012. Rich left the show in early 2019 but continues to highlight it in InsideHPC.com and appear as an occasional guest.

President of InsideHPC and named as one of the Top 20 Big Data Influencers by Forbes Magazine, Rich is an avid writer, publisher, and technology pundit focused on high performance computing. He acquired inside-HPC.com in 2010 and has since expanded his online publications to include inside-BigData, inside-Cloud, and inside-Startups. With over 25 years of HPC experience at Cray Research, SGI, and Sun Microsystems, Rich is known to many in the industry as “the guy in the Red Hat.”

The "Car Talk" of supercomputing. A podcast for fans of HPC and other tech topics. Since 2012. Stay "tuned"!

We touched on this recently: https://radiofreehpc.com/south-africa-chpc-national-conference/

If you’re interested in the slides from the RISC-V Summit held last month: http://ow.ly/hAH330qa7Bw

Are we psychic? Yeah, probably. Listen to Radio Free HPC to hear our predictions for 2020

New Episode
2020 Predictions
We dust off our time machines to find the crystal ball and read the tea leaves.

In the latest RadioFreeHPC, we predict the future and lottery numbers (shsh), listen now