We’re missing Henry S. Newman this week, who is down in Los Cruces inspecting and overseeing the construction of his new crib. Dan and Shahin discuss just how little they’d want to be the general contractor working to build Henry’s house. Henry would be deploying a set of lasers to make sure that the foundation was true to the nearest 1/64th of an inch and all the while pointing to the contract which contains his exacting requirements. Dan wants to be there in a lawn chair, live blogging the entire process.

Open Sourcing the CPU? What Does it Mean and How Does it Work? 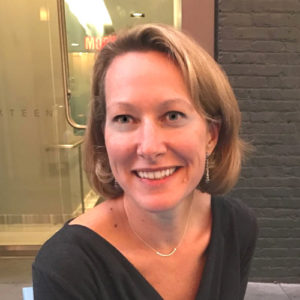 We have a very special guest today:  Calista Redmond, CEO of upstart RISC-V, the designers of a new open source processor instruction set which is looking to disrupt the entire industry. RISC-V can be used for light weight tasks such as embedded processing but, on the other hand, is also going to be utilized as the system accelerator for the European Exascale initiative boxes. That’s some serious flexibility.

In our discussion, we briefly cover the origins of RISC-V, which started at Berkeley several years ago. It’s important to keep in mind that RISC-V is an instruction set, not a processor. Anyone can use the RISC-V instruction set, modify it for their unique needs, and then fab their own chips. Today, the instruction set is being used in everything from the smallest embedded device to large scale-out systems.

The business model for RISC-V is different than most any other company. They make the ISA freely available to all comers. The RISC-V Foundation drives the design and development of IP, software, and tools for the instruction set. Foundation members pay dues and in return receive access to Foundation technology and programs, plus visibility and input into the RISC-V roadmap.

Our interview with Calista covers a broad range of topics including how the foundation works to alleviate the risks of ISA fragmentation, where the strongest interest in RISC-V is geographically and workload-wise, and a comparison of RISC-V’s open source nature vs. the proprietary nature of existing ISA’s. Give it a listen, it’s a great introduction to RISC-V and the paradigm of open source ISA’s.

We include an excerpt of a recent article on RISC-V in The Economist:

RISC-V is an alternative to proprietary designs
Most microprocessors —the chips that do the grunt work in computers—are built around designs, known as instruction-set architectures (ISAs), which are owned either by Intel, an American giant, or by Arm, a Japanese one.

Since we don’t have Henry, we don’t get a new episode of “Henry Newman’s Why No One Should be Online. Ever”, but we’ll somehow survive. As usual, we do have our Catch of the Week feature:

Shahin:   Historic UNIX passwords cracked and recovered. Both the passwords and hashing algorithms were pretty weak back in the day and we now know just how weak. Listen to the podcast to hear some of the most important passwords of the era, including Eric Schmidt, Dennis Richie, Brian Keringhan, and Ken Thompson – who probably has the best password from a technical standpoint. We also discuss how much time and hardware it took to crack these passwords.

… Leah Neukirchen recovered an BSD version 3 source tree and posted about it on the Unix Heritage Society mailing list, revealing that she was able to crack many of the weak passwords used by the equally weak hashing algorithm from those bygone days. Dennis MacAlistair Ritchie’s was “dmac”, Bourne’s was “bourne”, Schmidt’s was “wendy!!!” (his wife’s name), Feldman’s was “axlotl”, and Kernighan’s was “/.,/.,”. Four more passwords were cracked by Arthur Krewat: Özalp Babaoğlu’s was “12ucdort”, Howard Katseff’s was “graduat;”, Tom London’s was “..pnn521”, Bob Fabry’s was “561cml..” and Ken Thompson’s was “p/q2-q4!” (chess notation for a common opening move).

Dan:  Speaking of time, we might not have so much left. According to the European Space Agency, there is an asteroid approaching Earth that has a “non zero” chance of impacting our beloved planet. The asteroid, dubbed 2019 SU3, is expected to come within 73,000 miles (or maybe zero miles) from Earth, which is extremely close. Expected arrival time is September 16, 2084. Is this the time to panic? Yes, says Dan. We’ll be giving updates on this asteroid every five years or so, to keep you on top of the action.

Asteroids known as near-Earth objects are among the most dangerous space items, with space agencies around the world keeping a close eye on them. The European Space Agency is paying particular attention to asteroid 2019 SU3, which may collide with Earth as soon as 70 years from now. The space rock was recently added to the ESA’s Risk List due to the potential for it to collide with Earth on Sept. 16, 2084.