Storage is complicated and benchmarking it has too many complexities for the traditional kernel-like or application-specific approaches. Thanks to a few experienced and tenacious researchers, and the community that supports them, the IO500 has managed to put a credible stake in the ground, and is getting traction, with 101 entries on the current list and expecting many more by SC19.
ReadioFreeHPC hosts the IO500 Steering Committee to do a deep dive. “The steering committee is the decision body ensuring the development and curation of the benchmark and its results but also responsible to resolve ethical issues.” Henry and Shahin ask the hard questions, or so they think!
John Bent (Seagate), Julian Kunkel (University of Reading), and George Markomanolis (Oak Ridge National Laboratory) join RadioFreeHPC’s virtual studio. We missed the fourth member of the team, Jay Lofstead (Sandia National Laboratories) due to scheduling conflicts. We also missed Dan once more as he was navigating airports and planes coming back from Australia.

The IO-500 has been developed together with the community and its development is still ongoing. The benchmark is essentially a benchmark suite bundled with execution rules. It harnesses existing and trusted open source benchmarks. The goal for the benchmark is to capture user-experienced performance. 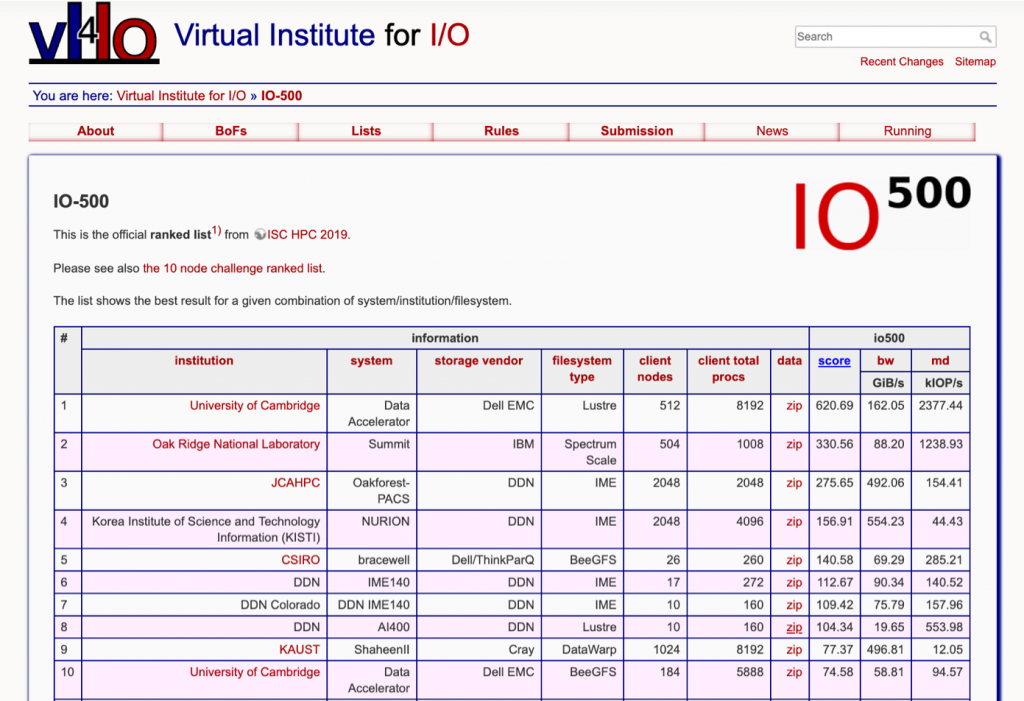 The segment that is rapidly establishing itself as the go-to place for why being online is just too dangerous. Our spirits are lifted again as Henry describes a ransomware attack on a back-up site for dental offices in Wisconsin. There go insurance data, contact information, etc.

PerCSoft, a Wisconsin-based company that manages a remote data backup service relied upon by hundreds of dental offices across the country, is struggling to restore access to client systems after falling victim to a ransomware attack.

Mining cryptocurrencies is compute intensive. The high levels of required electricity has made the topic visible and controversial. So where would you go if you want a lot of electricity? Why, the nearest nuclear power reactor, of course. Shahin talks about crafty folks who have done just that!

Ukrainian authorities are investigating a potential security breach at a local nuclear power plant after employees connected parts of its internal network to the internet so they could mine cryptocurrency.

Henry describes a few ISPs who ended up stealing communication spectrum from, guess where, the airport, obviously. And here’s the thing about at least some of these incidents: the whole thing is so complex now that it can be hard to tell incompetence from malice.

Three ISPs will be fined $25,000 apiece by America’s broadband watchdog, the FCC, for interfering with weather signals in Puerto Rico. Boom Solutions, Integra Wireless, and WinPR were all found to be using devices for their point-to-point broadband that were “misconfigured,” according to the regulator this week. This caused interference with a doppler weather radar station at San Juan international airport.